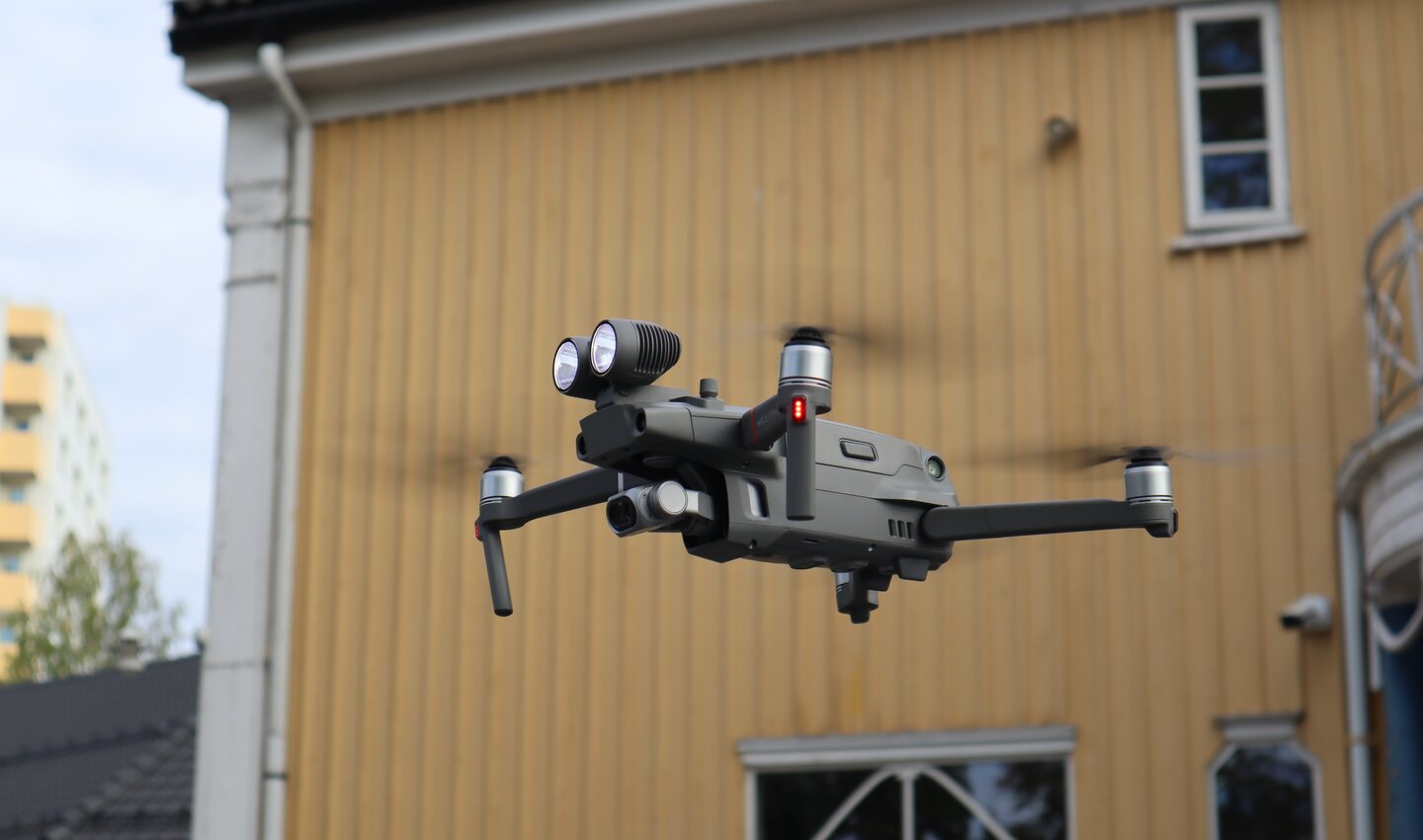 It started out as a joke, but using a drone on inspections has proven to be a smart move for Kirkestuen AS.

Project manager and drone pilot Stig Levi Kristiansen unpacks the drone outside AF Håndverk's premises at Bryn in Oslo. The drone with remote control and equipment fits into a small plastic case.

"It has a great 4K camera with zoom, thermal camera and powerful light. The recordings will be very good," says Kristiansen. He has been flying a drone on a hobby basis for many years and has an A2 certificate. Now he's also flying at work.

"I pitched it as a joke, but now we're operating. We started early this summer and have already received a couple of projects of quite a good size as a direct result of drone flying," says the pilot. 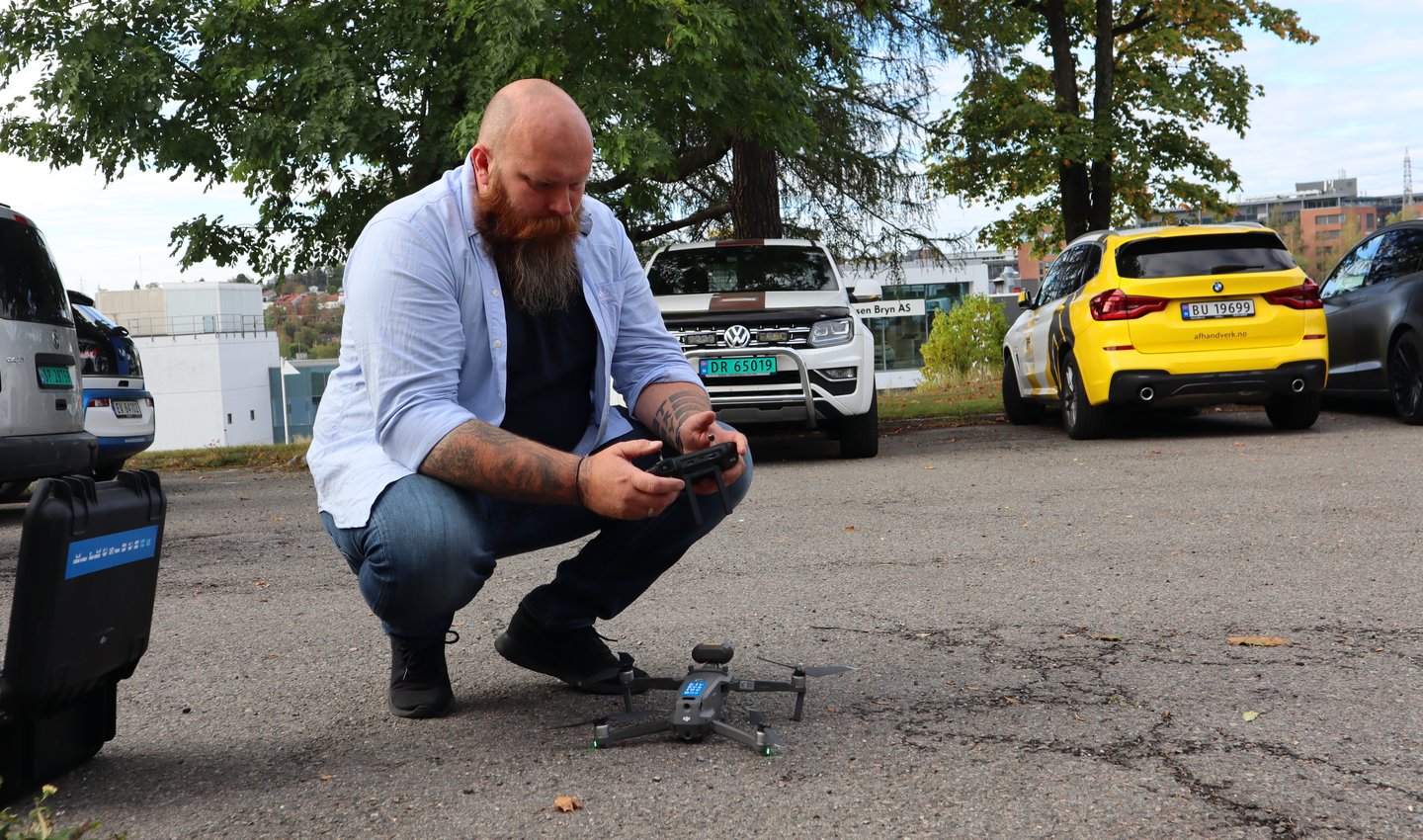 WORK AND HOBBY: Stig Levi Kristiansen is project manager and drone pilot at Kirkestuen AS.

Inspection by drone costs significantly less and takes much less time than traditional inspection with a lift and crew. You also don't need to close off traffic or rent land.

In the parking lot outside Kirkestuen's offices, the drone has taken off for a short test drive. The remote control is equipped with a screen that displays the images from the drone's cameras. The pilot can fly close to the shell of the building and film in hard-to-reach places.

"We were recently at Langkaia 1 and inspected the entire roof. Afterwards, our tinsmith could watch the video and assess whether something needed to be repaired," says Kristiansen.

At another job, they discovered with the help of the drone that stone slabs of 10 kilograms were loose on a cornice on the 10th floor of a building. Further investigation also uncovered cracks in the façade. Corners on the brick façade were in the process of loosening.

“We sent a report to the customer. This led to us receiving a contract worth NOK 40 million," says Kristiansen.

Founder and marketing manager Ole Christian Kirkestuen has seen so many cases of poor maintenance that he has assumed the habit of always walking one and a half metres from facades and never under old balconies.

"A drone is the first stage of inspection where we uncover faults and deficiencies. By flying a drone, we can uncover any potential damage at an early stage and take relatively simple measures to prevent further development and possible collapse. Therefore, it is extremely important to carry out an annual check, so that the damage does not become too great," says Kirkestuen. 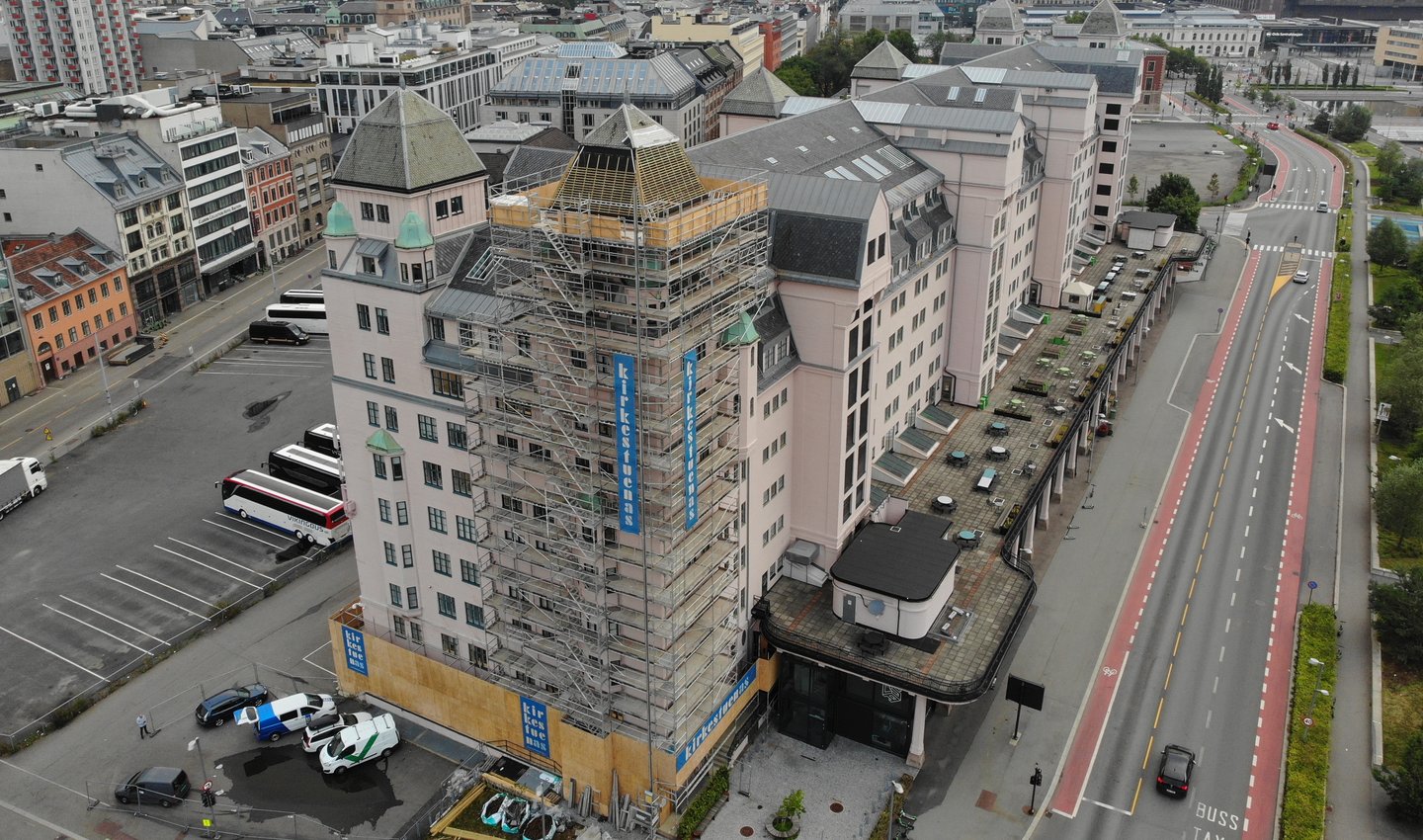 Not free for all

Conducting a drone inspection requires planning. In Oslo city centre there is a no-fly zone. Every time Kirkestuen's people plan a drone flight, they have to submit an application to the Civil Aviation Authority (LT). LT then goes the rounds with the police, the municipality, customs and the Royal Guards to find out if the flight conflicts with another planned event. The application process takes around 14 days.

"We prefer to have a window of three days in case of bad weather. The flight itself is done in an hour. We prefer to fly early in the morning, from 6 am to 7 am. Then it is nice and calm," says Stig Levi Kristiansen. 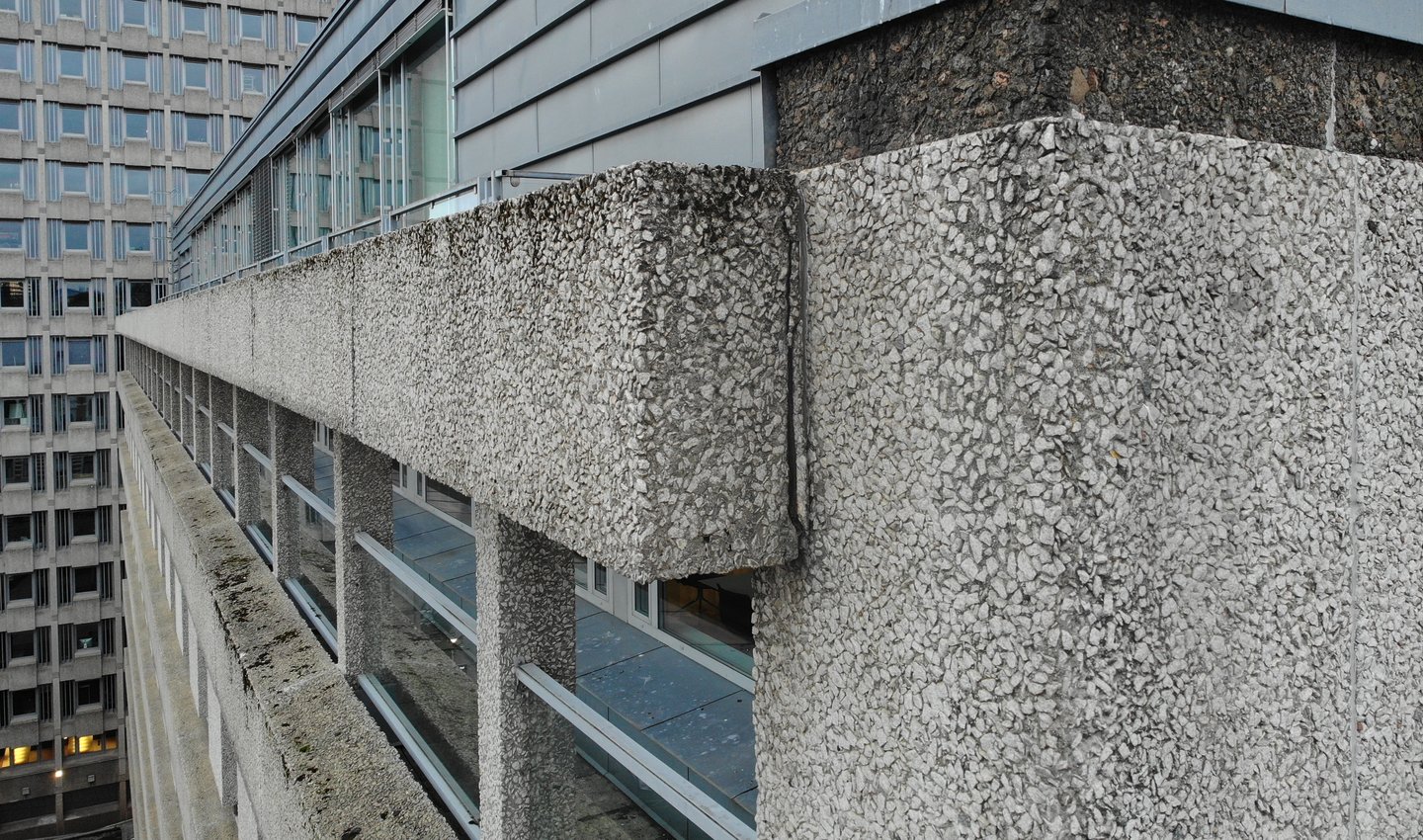 CLOSE UP: With a drone, it is easy to inspect places that would otherwise be difficult to access.